Krista Greenlee first began as a Mermaid in 1988 and swam with the team until her graduation in 2001. She then joined the assistant coaching staff for the 2002 and 2003 seasons before taking a hiatus from the sport. In 2012 Krista returned to the Auburn Mermaids as an assistant coach and took on the challenge of Head Coach beginning in the 2013 season.﻿

Kim Swan joined the Mermaids as a coach during the 2014 season. Her daughter became a Mermaid in 2013 and we are so excited Kim will be on deck and running routines with us this season. She has lots of swim coaching and lessons experience and is such a wonderful addition to our coaching team!﻿

My name is Sara Eastman and I am so excited to be part of #teammermaids this year. I started Synchronized Swimming when I was eight years old and this will be my sixth year coaching for the Auburn Mermaids. My favorite part about being a coach is choreographing routines and spending my summers with these lovely girls. In my free time, I dance, swim, read, and eat yummy food. I look forward to a fun and exciting season. GO MERMAIDS!​﻿﻿ 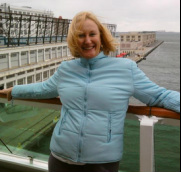 Susie Tronti began coaching in 2002 while her daughter was swimming with the team. She coached a number of years before taking a hiatus. She returned to the team in 2013 and we are so excited to have her expertise back on deck! She specializes in scull technique and figure coaching.